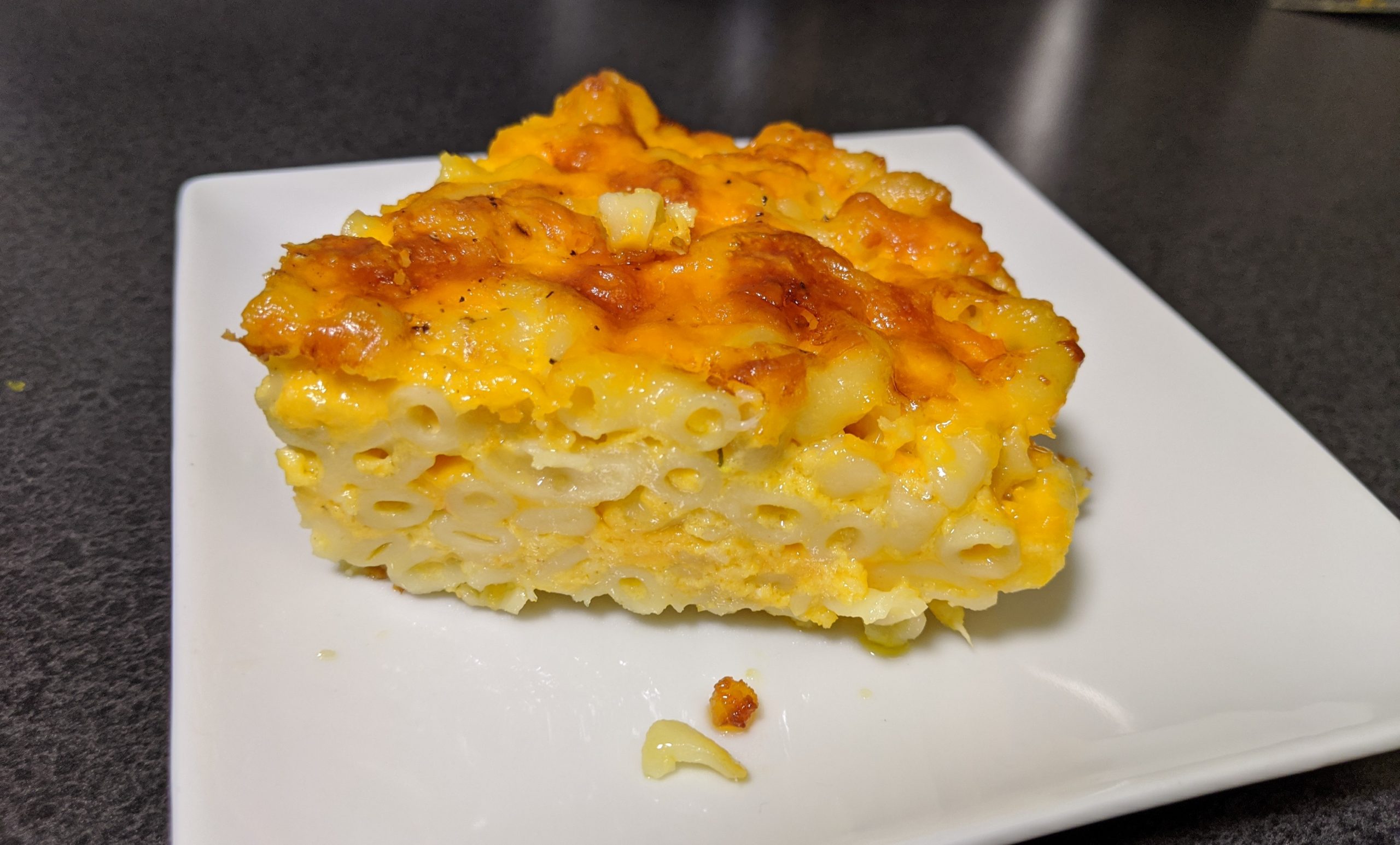 Since we been on this “Stay at Home” life over the past two months, I have decided to try my hand at cooking some new things. I had cravings for macaroni and cheese several times, but I was either tired of paying expensive delivery fees for it or was not up to par how I wanted it. So, I decided to take matters into my own hands and set out to make it myself. There are several ways to make it, but I prefer the “cast iron” method of cooking it.

I will explain my way of cooking and course I can expect you to mod this in anyway possible. Just let me know how it turns out for you. =)

First off, you want to make sure you have a cast iron skillet. I suggest a 10” skillet if possible. It is the perfect size to add all the ingredients and layer up. A pot to make your cheese sauce and one more to of course boil and mix your pasta.

Next you want to decide what kind of cheese you want to use. I use Cracker Barrel blocks of cheese. I like to mix up Extra Sharp and Sharp. Extra giving you that strong taste while Sharp being a little sweeter. Get blocks of cheese and shred yourself rather than the bag. It is of course more work, but it melts and taste better.  You also need a cup of milk, one egg, and butter.

You are going to warm up a saucepan on medium heat for a few minutes. Add a small amount of butter and let that melt. Next you will throw those chopped up blocks of cheese in there. Right after pour the cup of milk in. You are going to stir this up occasionally till the cheese eventually melts down. If you feel you need more cheese or milk you can add more at your desire.

Also, once it gets down to a sauce I would say to put in some salt, pepper or other options like I to throw in some garlic salt. Taste it and see if its at your desired flavor and thickness.

While doing this I am usually boiling my elbow pasta so I can finish them at around the same time.  Drain the pasta, throw it back in the same pot. Add that egg you cracked earlier and stir it up in the macaroni. You can also add a bit of butter as well.

Later on you are going to take your cheese sauce and stir into your cooked macaroni little by little. Once that is done you have the base for your macaroni and cheese. Grab your cast iron skillet, slightly oil it up as this will help it from sticking.

Scoop some of that base until it looks like you have a layer half filling the skillet. Now you are going to take that shredded block and sprinkle it all over that layer till it is covered. After that you will take the rest of that base and cover all that shredded cheese. Afterwards adding more shredded cheese. You may have some from that first block but if not use that 2nd amount and cover as much as possible.

Finally you will have made two layers of macaroni and cheese. I sometimes like to sprinkle some grated parmesan cheese on top. Not too much but a decent amount where you can see it lightly.

Now your macaroni and cheese are ready to go into the preheated 375-degree oven. I suggest 35mins. Sometimes I go for 40+ if I want it crispier. You can always look at it and see how toasty you want it.

Once it done take it out the oven, let it sit for about 5-10 mins and then take a knife to it, cut a piece and enjoy your creation.

If you have any questions or suggestions please leave a comment.

If you don’t have or like elbow pasta you can try other types.

If you want to add other things such as a protein, I suggest to cook it some before hand and add it into your mixing process of the macaroni and cheese sauce. I did that with shrimp. I just didn’t make enough shrimp, lol.

You can always try different cheeses and brands. I personally suggest anymore then 2-3 different types but whatever works for you.

Also I start boiling my pasta in a combo of water & chicken broth(low sodium). It tends to make the pasta more savory and flavorful. 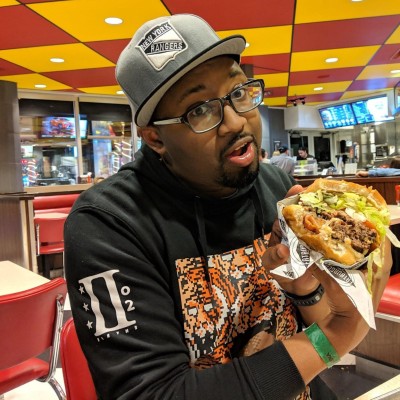 Finally Switched up on the Switch to the Animal Cr

Damn @doughdoughnuts came thru with this one. Thei

Copped some seasonings from my bro DerakG of @cook

A Brown Stew Chicken of Sorts. First time making i

When you can't decide if you want shrimp or a burg


Error: API requests are being delayed for this account. New posts will not be retrieved.